Almost a year ago, the first reports on the gigapixel camera (Aware2), which a team at Duke University worked on, were published. It was aimed at continually enhancing the design, until the 50 gigapixel mark was reached. Last year’s prototype was nowhere near it: 98 14-megapixel sensors, in a 75x75x50 cm cube, that are provided with light by means of a single lens. Photos could only be taken in black and white and were automatically stitched internally. The electronics couldn’t process more than 3 photos per minute (in black and white), whereas the size was due to the cooling system. 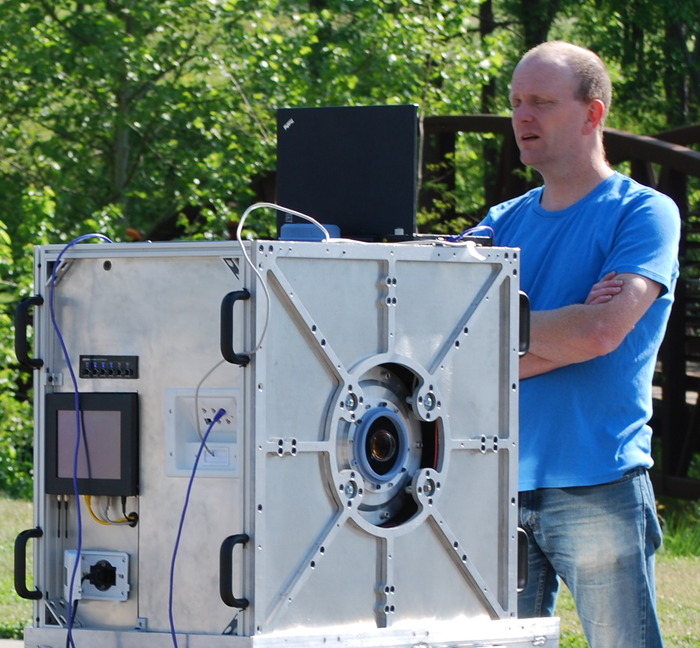 The dimensions haven’t changed so far, but the performance of electronics considerably increased. This year’s prototype has the same resolution of 1,37 gigapixels, but lets you save pictures in full colour and is able to process 10 images per second. Ignoring the higher computational load of colour pictures, this still equals an increased in performance of a whopping 20.000%.

The Duke University team is contented with the actual state for the time being and wishes to unleash the camera onto the world. Currently, $25.000 are being collected on Kickstarter for a road-trip through North Carolina (suitably baptised Carolina Zoomin’) ;).