A highly interesting and disturbing photo project that went around the web is A Kind of You by Finnish photographer Perttu Saksas. This image series deals with monkeys that are dressed like children or dolls with the sole purpose of begging for money on the streets of Jakarta. Most of all, the project is interesting because it exposes us human beings to ruthlessly. On the one hand, there are representatives of our species that don’t shy away from anything to make money. Not even animal abuse. On the other hand, we as spectators need to ask ourselves how much or even if we are better, since no one would actually dress a macaque like a child, put it in chains and teach it to beg were it not for spectators that are willing to pay for it. It is just like a traffic accident, while it’s horrible and makes you turn away, you still cannot help but take a look at it. 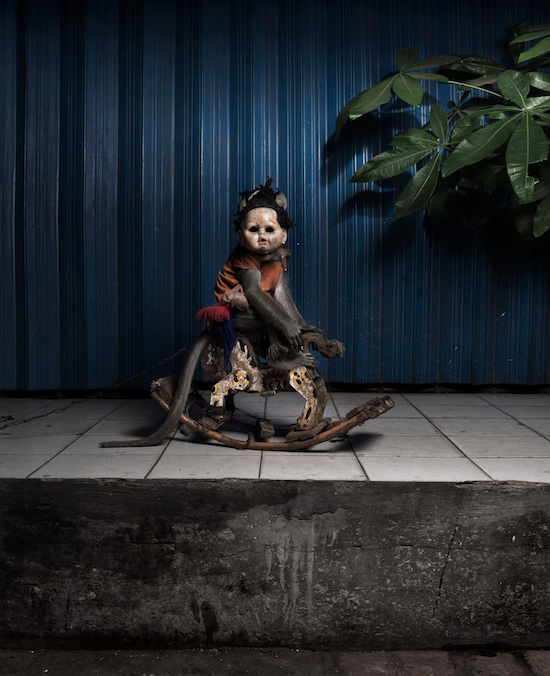 I bet some of you are just as angry as I am, when I saw these photos for the very first time. Let me comfort you – with the beginning of 2013, Jakarta’s legislation had been revised to render owning monkeys illegal.