Oymyakon lies in the Russian Far East. It is a village of 462 inhabitants, which would have stayed unknown to the rest of the world, were it not “accidentally” the coldest permanently inhabited location on Earth. It shares this title – or “Northern Pole of Cold”, the way it is official called – with the small Russian town of Verkhoyansk. In 1926 a temperature of −71.2 °C was supposedly recorded at this place, but it was never formally confirmed. −67.8 °C, recorded on February 6, 1933, is considered to be the official lowest temperature. Either way, we are talking about temperatures so low, that none of us living in central and eastern Europe can truly imagine them.

Such extreme climate presents many challenges for the people who live there. Reportedly you have to keep your car running through the night, should you not own a heated garage. Failing to do so could lead to a frozen engine and or an empty car battery. Supposedly there is nothing to eat other than meat. The warm season is too short to grow crops and the area too remote for large scale trading. It’s anything but the ideal place to live. 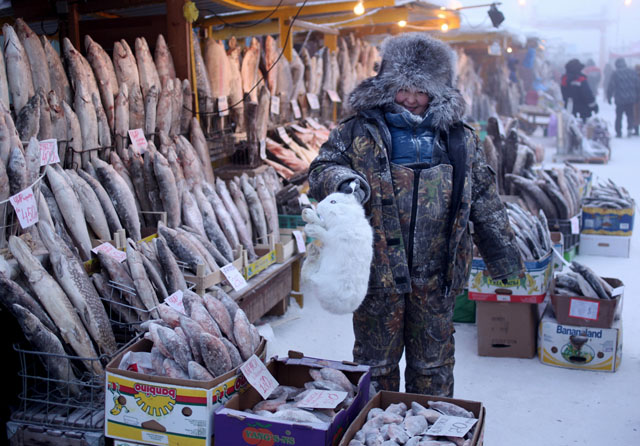 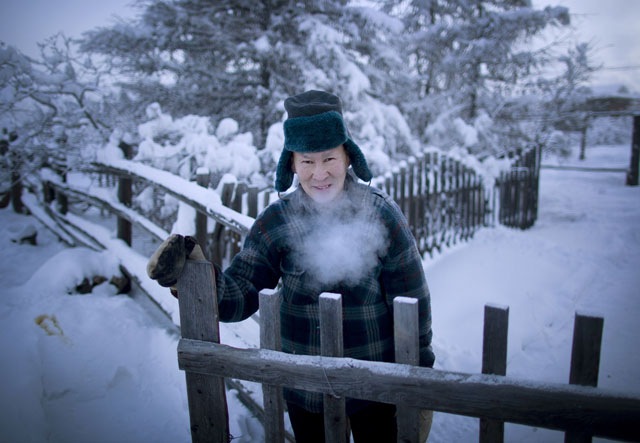 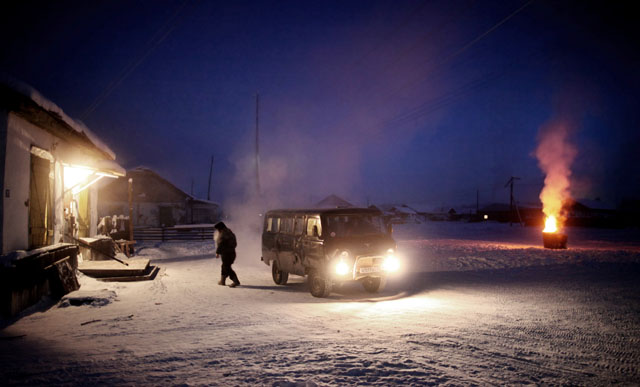 But for Adventurers, like New Zealand photographer Amos Chapple, it’s a playing field where they can really go to town. And even despite of (or maybe because of?) freezing zoom and focusing rings and camera batteries running down in no time. 🙂