Ōkunoshima is a 2 km long island located in southern Japan, in Hiroshima Prefecture. Between 1926 and 1945 chemical weapons, such as mustard gas, were produced on this island under inhumane working conditions. In 1938 it was turned into a restricted military area and removed from all registers, marine maps and history books. In addition, beaconing of lighthouses on the surrounding islands was modified and cartographic representations of the shipping routes to Hiroshima, Mihara und Kure changed, in order to obscure the island and make it harder for international ships to come close to it and identify it. The military base and the chemical weapons production facility – manned by forced workers, who were producing toxic gas under utterly unsafe working conditions, and as a result thereof were getting sick and dying – was to remain secret at all cost. Once manufactured, toxic gas was tested on rabbits – rats, because of being carriers of many diseases, were deemed too dangerous by those in charge.

In 1945, a short time before the end of the war, the military base and the toxic gas production facility were blown up, in order to destroy all evidence of what has transpired on the island. People classified as unsuitable for military service and draft resisters, who were taking care of the laboratory animals, were instructed to kill them, but instead of doing so released them into freedom. Ever since the island is inhabited by countless rabbits, which are not only cute, but because of the lack of predators and hunting, are also unusually tame. 🙂 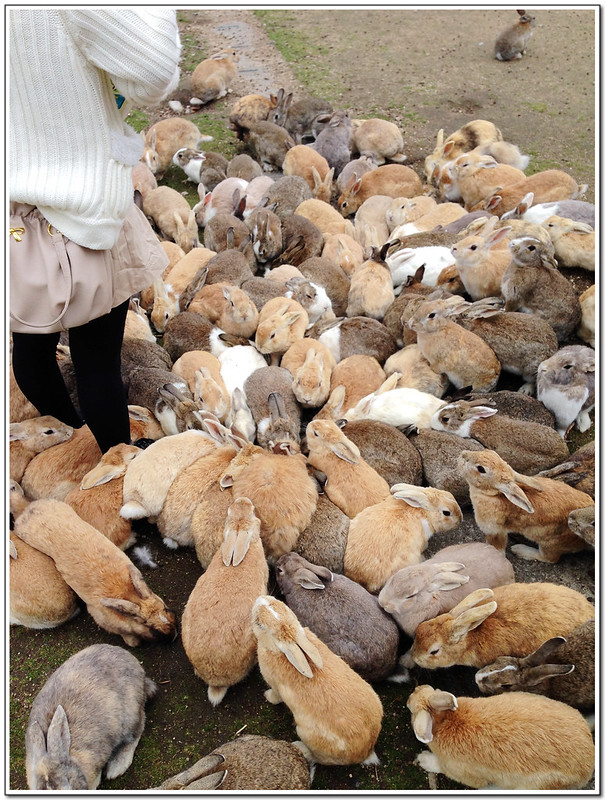 Every rabbit aficionado should watch the following videos. 🙂