“Superresolution” is a relatively new concept, which can be used to increase the resolution of an optical system beyond the capabilities of the hardware. While this concept is not only used in photography, there are two (groups of) methods which one can use to either reduce noise – whereby the degree of detail per pixel, or rather the ‘real’ resolution is increased – or to increase the amount of pixels drastically while keeping the degree of detail per pixel.

Using the “multi-exposure image noise reduction” method, a scene is shot a number of times using a camera on a tripod. Then, during editing, the procedure takes advantage of the fact that most kinds of noise are placed randomly to reduce noise. Simply put, every pixel is checked whether it is in the same place in all pictures. If it is not, there is a case of noise that has to be filtered out.

The “multi-frame super-resolution” uses a number of slightly shifted shots in standard resolution to create a single picture of noticeably higher resolution. Does this sound familiar? Exactly, the brand-new Olympus E-M5 MkII and the slightly older Hasselblad H5D-200c both take multiple photos with 16 MP and 50 MP, respectively, to create pictures with 63 MP and 200 MP, respectively. Thanks to Piezo motors – which move their sensors by half a pixel or a full pixel between the individual shots – these cameras can put together a photo with “superresolution” directly in the camera. If you want to take such a picture, but only have a run-of-the-mill camera without this feature, there is no need to despair yet. Every camera, which has a half-decent burst mode, can be used to do “superresolution” shots. The following 40 MP photo was made using seven DP2 Quattro shots à 20 MP each. 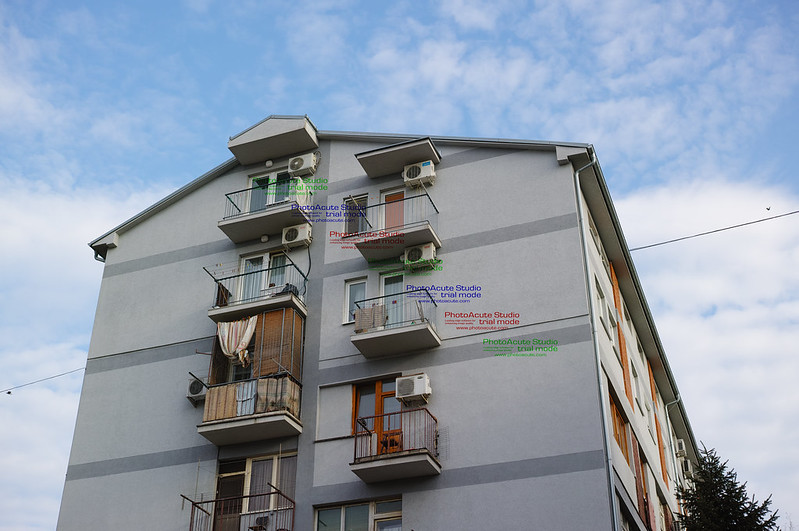 And now a comparison – left the 100% crop of the 20 MP photo and right a 100% crop of the same spot of the 40 MP “superresolution” photo. Click the picture to open it in a new browser window at full scale.

How does one make such SR-pictures? Well, if there is sufficient light for relatively short exposure times (1/200 and shorter), it is advisable to take the individual photos by hand. The shaking of the hands moves the sensor and substitutes for lacking Piezo motors. Also, it is a good idea to shoot in the M-mode and to pull the focus manually in order to provide a consistent exposure and level of focus. Afterwards, the individual shots can be put together on the PC in Photoshop (here you can find out how that works) or by using an app, which does that automatically. I used a 30-day trial version of PhotoAcute for this SR-picture, which is also the reason for all these watermarks. 😉

“Superresolution” is, without doubt, a very interesting topic, but I think there are very few viable applications. This has a number of reasons: