The rumours that came up yesterday where true – today Sigma introduced the 24-35mm f/2 DG HSM Art! For us users of the APS-C format the zoom is less interesting, since the already available 18-35mm f/1.8 DC HSM Art already covers a wider zoom range and is faster by 1/3 of an aperture stop. As the abbreviation “DG” makes clear, however, the 24-35/2 has been designed for full frame cameras and can replace as much as three prime lenses (24mm, 28mm and 35mm) on a suitable camera – providing, of course, that an aperture of f/1.4 is not necessary and that the lens performs sufficiently well at wide open aperture; something the first tests will show.

As we have come to expect from Sigma when it comes to the Art lenses, the 24-35mm f/2 DG HSM Art has been given an elaborate optical construction. This consists of 18 lenses in 13 groups, including one FLD and seven SLD lenses (two SLD lenses are also aspherical). In view of this it is hardly surprising that the lens has a length of 122.7mm and a diameter of 87.6mm, and weighs an impressive 940g. The minimal focusing distance is 28cm, which means the image scale comes to 1:4.4. A diaphragm with 9 rounded blades is supposed to create nicely round Bokeh circles even when the aperture is stopped down.

The lens is supposed to hit the shelfs at the end of July. Sigma has not yet let anything slip as to how much the lens will cost. However, Sigma Rumors claims to know from a reliable source that Sigma is aiming to set the price at €849 here in Europe. 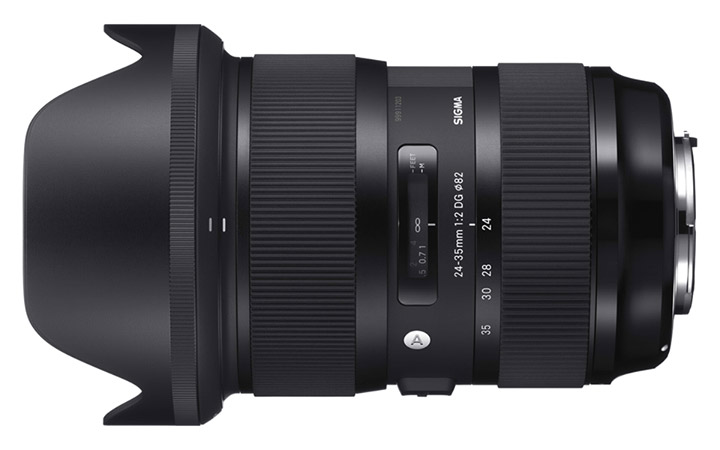 Even more interesting than the new lens, at least for us Foveon-users, is SPP 6.3 – the newest version of the RAW converter which came out today. As can be gleaned from the changelog, the algorithm has again been optimised to get an even better image quality from the Quattro-X3F.

・By reviewing the image development process, it has improved image quality of RAW data (X3F file) of the SIGMA dp Quattro series.

・It has improved the image development process of long exposure photography, for images taken by the SIGMA dp Quattro series.

・It has added the Quick Check Mode to the Main Window (this feature is not available for RAW data taken with SD9 and SD10 cameras).

・It has added the Specifying Folder function to the “Computer” pane in the Main Window.

・It has corrected the phenomenon that it occasionally develops corrupted image data when the X3 Fill Light function is used.

・It has corrected the phenomenon that the brightness level cannot set at 2 or lower if the RAW data is taken with the SIGMA SD1, Merrill series, and dp Quattro series.

In the next couple of days I will look into the 6.3 version in the same way that I have done here with the SPP 6.2.1 version. 🙂