Polaroid.  Most probably all of you are familiar with this word. And if you spend more time with Polaroid, there’s no way getting around The Impossible project. 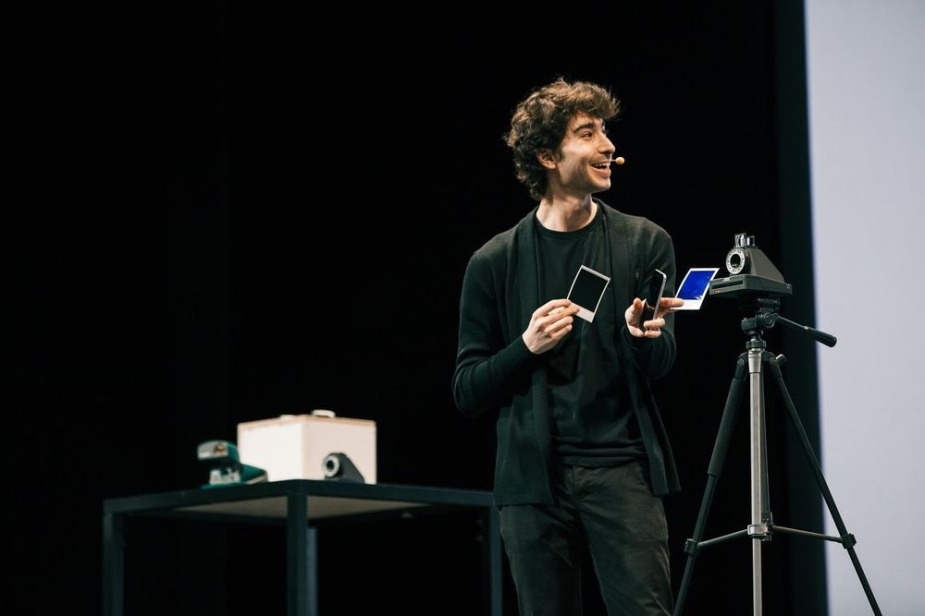 When in 2008 Polaroid announced it would stop their instant film production, The Impossible bought the last few remaining factories, a couple of days before they were closing down. A lot of things had already been wiped out at this point, material as well as information. Since the Impossible wasn’t able to fully resort to the longstanding operations, they used the opportunity to reinvent instant film.

After eight years of a research and development period, they turned out to be the only company in the world that produced instant film in its original format and that produced both black and white and color films for old Polaroid cameras.

This camera is a second generation Polaroid camera: it combines the advantages of the famous classical instant film camera with digital features. The simple exterior body of this camera with its old-fashioned viewfinder and shutter button slightly obscures the revamped interior of this new model. The I-1 is an analog camera with the classical instant mobile printer, its cutting-edge LED ring flash, however, uses environment and proximity detection to perfectly light up your subject.

Beyond all this, the camera can be connected to a smartphone via Bluetooth. With an application (currently only an iOS app) you can adjust several configurations, such as aperture and shutter time or multiple exposure. Moreover you can also remote release the camera with the app. By the way, you can recharge the battery with USB.

Since May 10th, the I-1 can be bought for about 265 Euros. That is certainly very tempting for all instant film fans…