No matter how different they are, famous monuments and touristic attractions do have one thing in common. They are always the center of attention.

As a consequence, there are countless pictures of those attractions, that all look alike. Huge crowds of people gather around those monuments, with their cameras, smartphones and selfie-sticks, all trying to take a picture. A picture, that already exists a million times.

Not so, Oliver Curtis. Although he is standing in front of the same monuments, his lens is facing in the opposite direction.

The idea for his project Volte-Face came together in 2012, when he was visiting the pyramids in Giza. Standing in front of these famous monuments, the surroundings soon caught his attention. Those were standing in such a contrast to the famous pyramids. The shabby suburbs of the city and all the garbage, left behind by millions of tourists. Fascinated by this contrast, he decided to travel to famous sights all over the world and take pictures from the other side.

The results are amazing and atmospheric photos, which also critically look at the values of society and set you thinking.
They not only point out the contrast between rich and poor, between the center of attention and the surroundings, but also show that:

Who always looks in the same direction as everybody else does, is at risk to miss out on a lot of beautiful things.

You can see Oliver’s Pictures in at the Royal Geographical Society in London from 19th of September till 14th of October 2016. If you happen to be in London then, or still have the chance to book a flight, don’t miss the chance to see it. 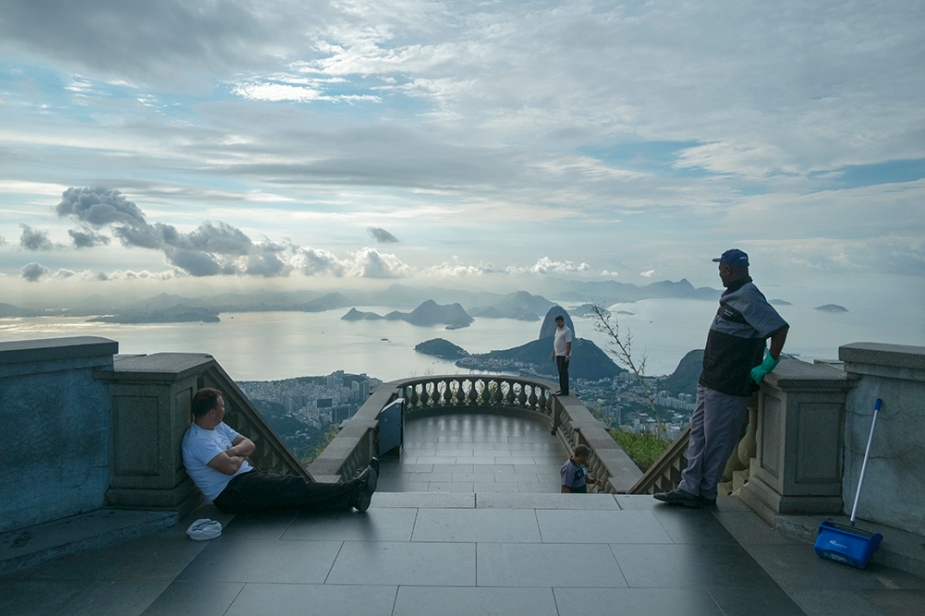