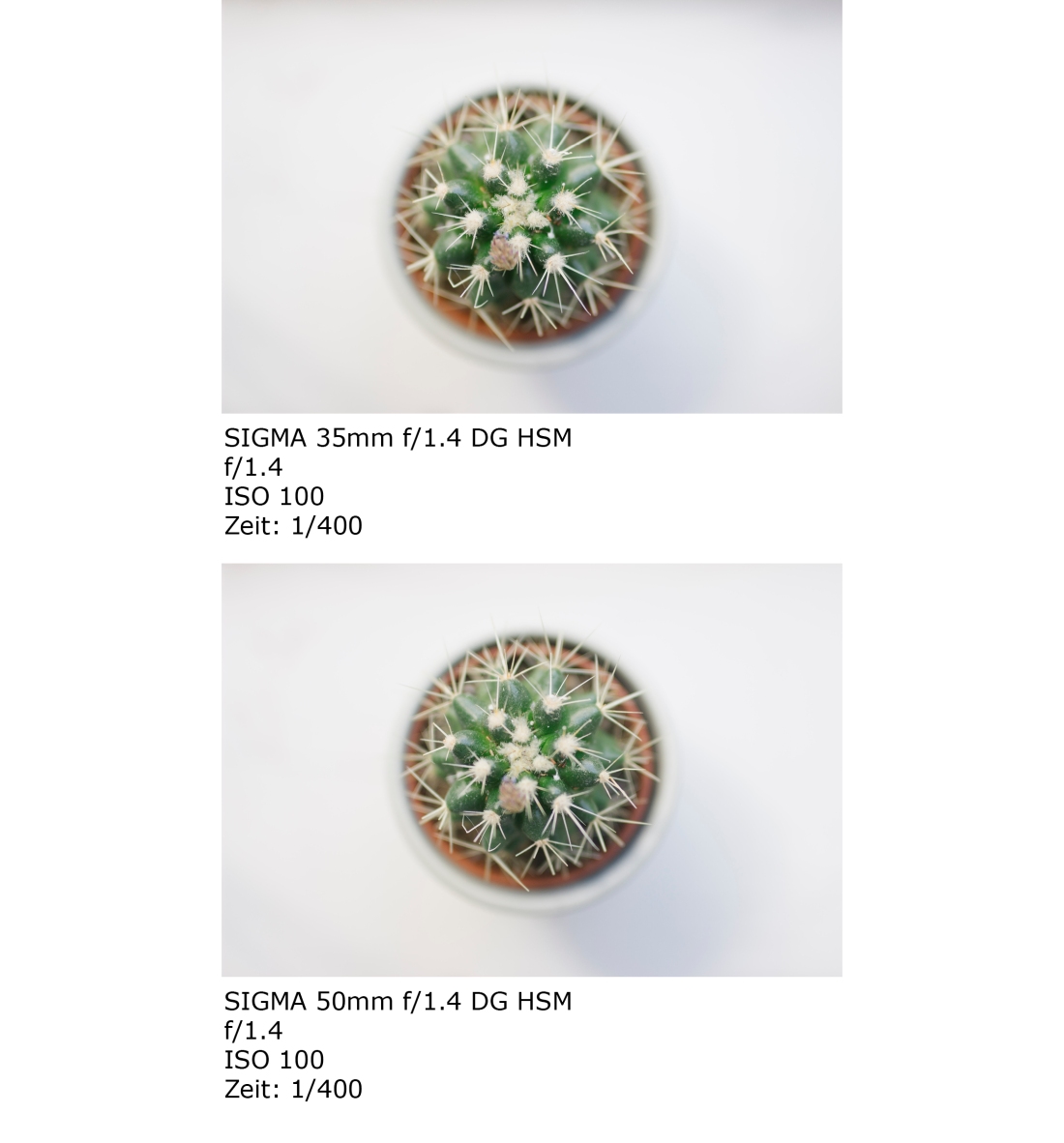 You’ve surely noticed how much we love the great lenses of the Art series: the SIGMA 35mm f/1.4 and the SIGMA 50mm f/1.4. In today’s article you will find images comparing both lenses and showing the same subjects shot under the same technical and lighting conditions. The focus in the pictures concerns the level of sharpness and bokeh in particular.

Both fixed focal lengths do not only impress with their technical details. Their practical performance has been proven and praised a lot of times and also been awarded with several prizes and very good test reviews. So their quality is undisputed. A direct comparison between both lenses still interested me quite a lot:

My little green cactus plant stands on the balcony… and serves as a first testing subject. The close-up limit of the lenses is 30 cm with the SIGMA 35mm and 40cm with the SIGMA 50mm. I went as close to the plant as the auto-focus allowed. The aperture on both lenses was wide-open. This made the level of sharpness very low but well recognizable. In this area the colors, the clarity and the contrast become very evident right away. The depth of field softly merges with the level of sharpness, which creates a round and beautiful image that looks very soft with a monochrome wooden surface. 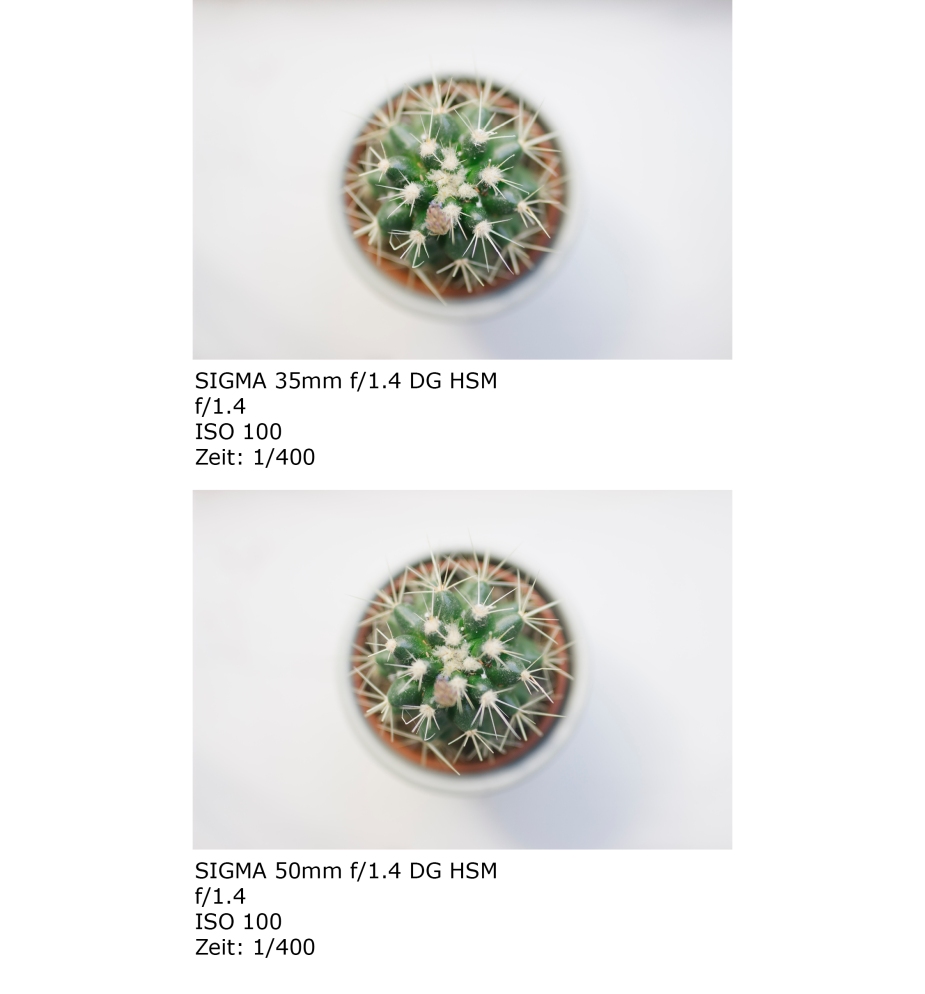 The same result can also be seen in a picture of a small succulent plant. 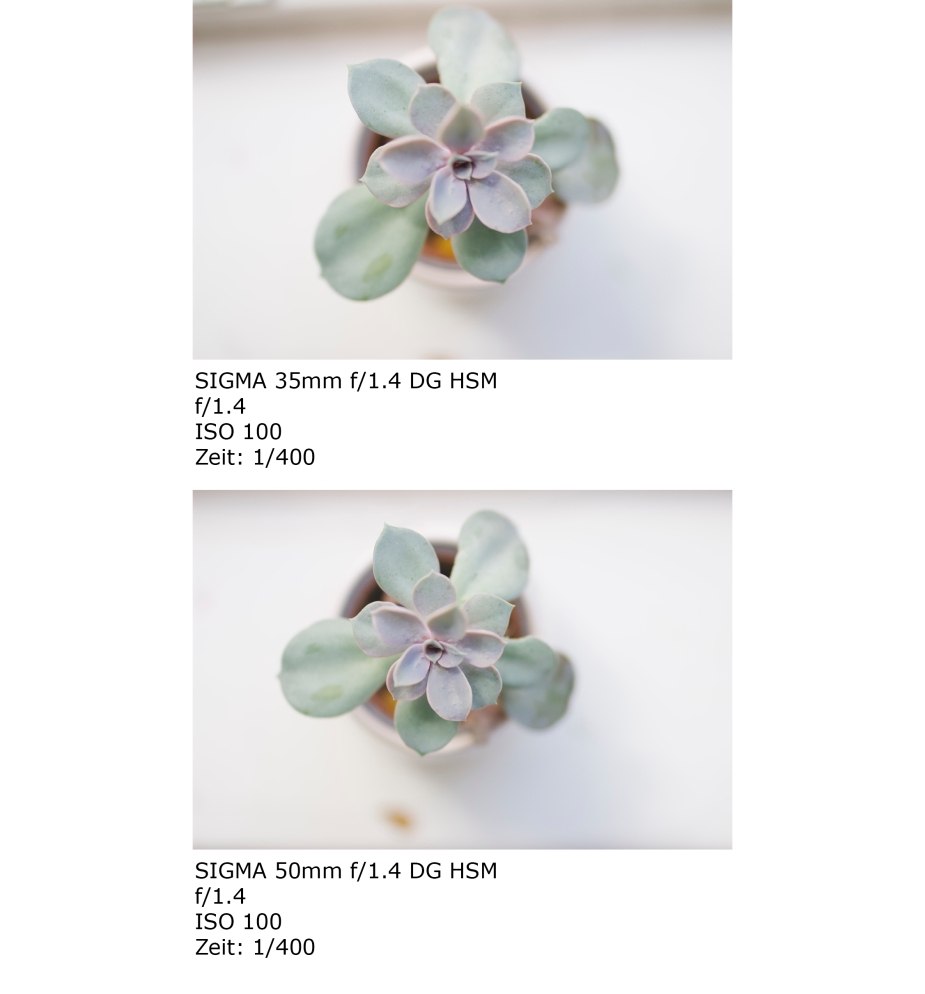 In this comparison the succulent served as a subject. We did an upright shot of the plant with an open aperture. We can see that the bokeh of the SIGMA 50mm f/1.4 looks much softer than the one of the SIGMA 35mm f/1.4. The minor gridding in the background, by the way, show parts of the balcony railing and is not an image error. The depth of field created by the SIGMA 50mm f/1.4 lens becomes more blurred, which puts the focus on the subject in the foreground that’s being focused. 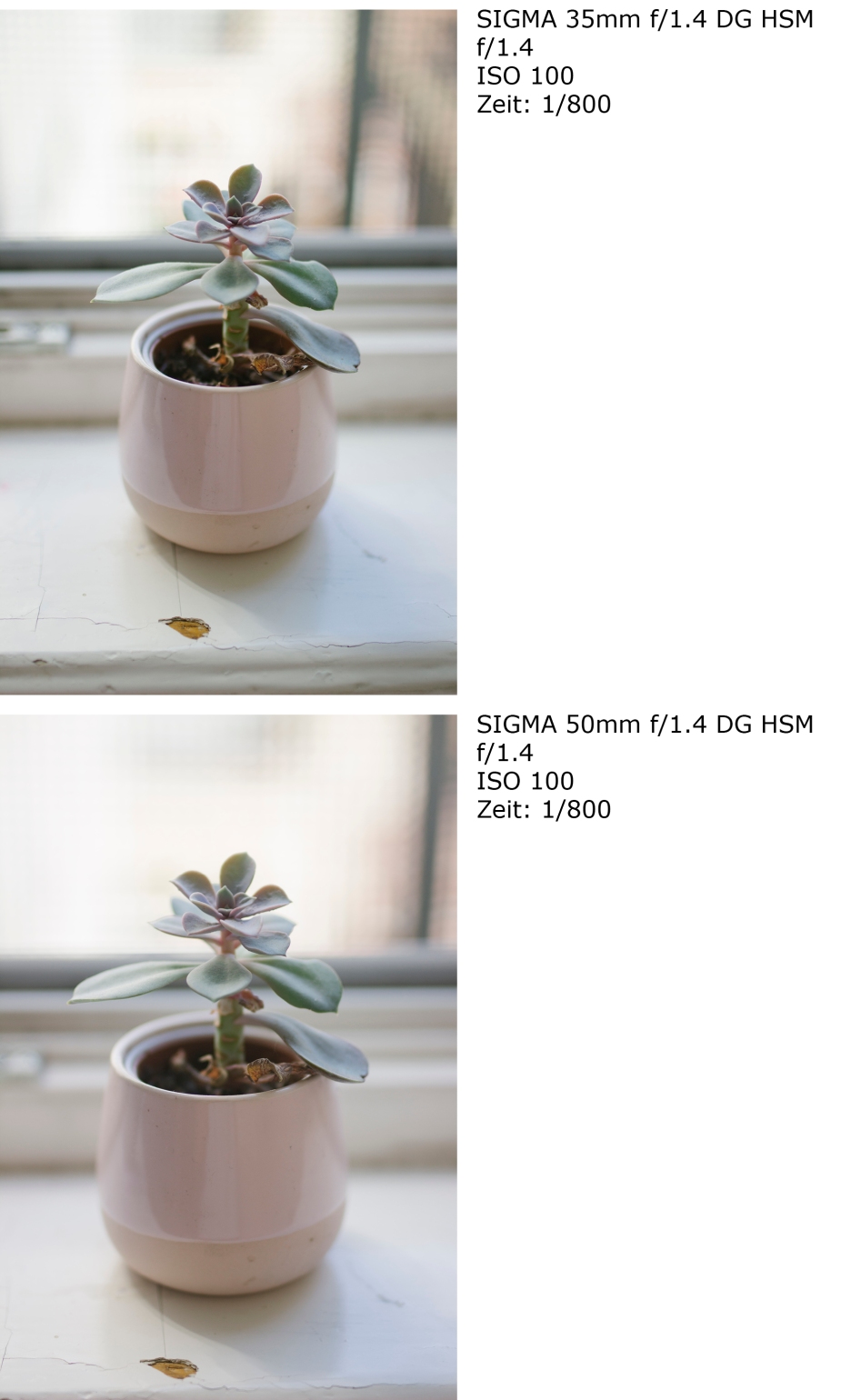 So after you’ve seen some pictures focusing on the depth of field of the subjects, the next part focuses on the overall depth of field. For this we closed the aperture further depending on the photo. However – apart from different focus lengths and larger or smaller image details – there doesn’t seem to be any obvious difference. Neither the contrasts nor the colors nor the clarity are clearly different from each other. However, every image impresses with a wonderful level of sharpness with which you can play when taking landscape or architecture pictures, travel and of course portrait photos as you can also play with the depth of field and the bokeh of the subjects. 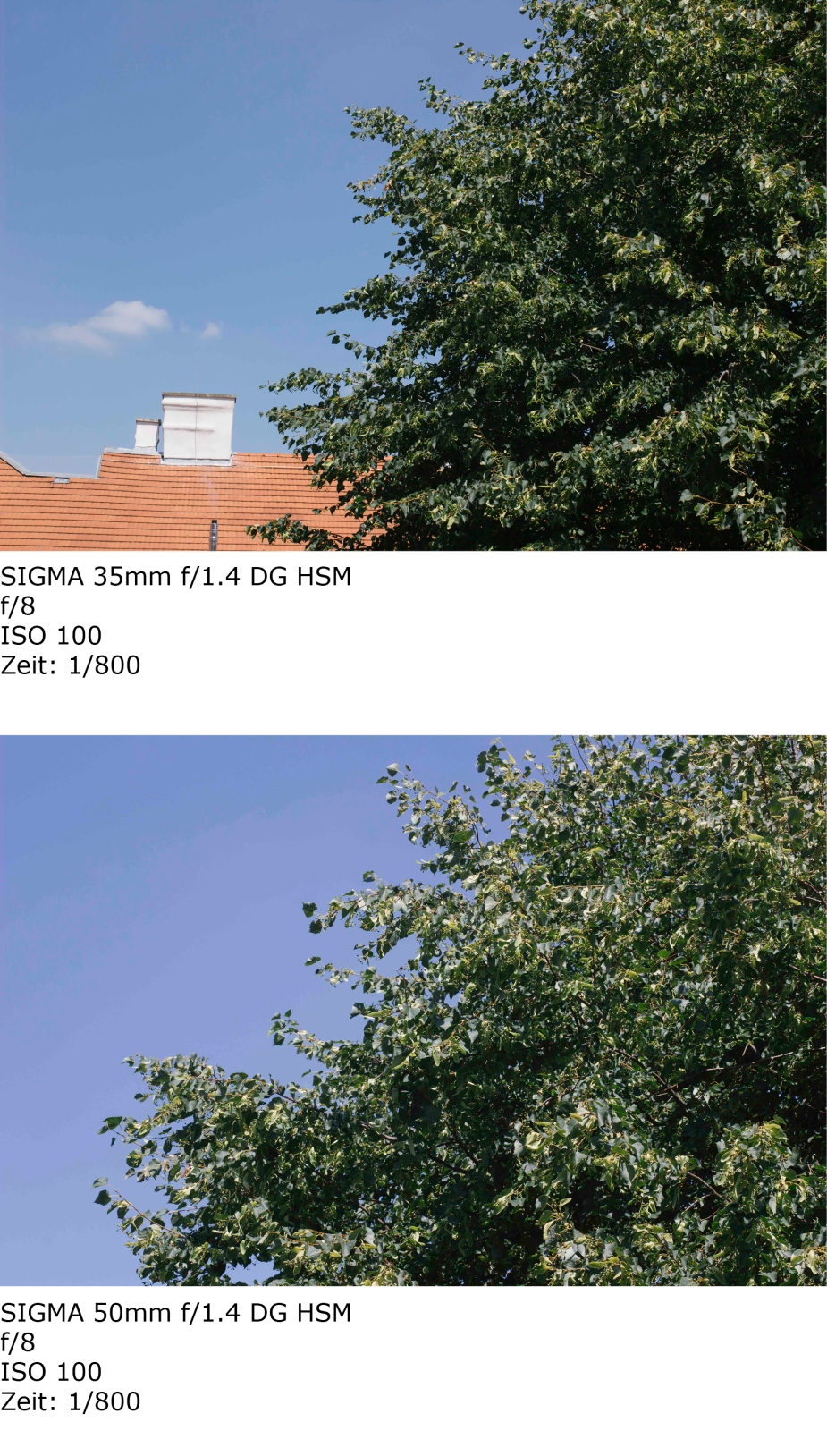 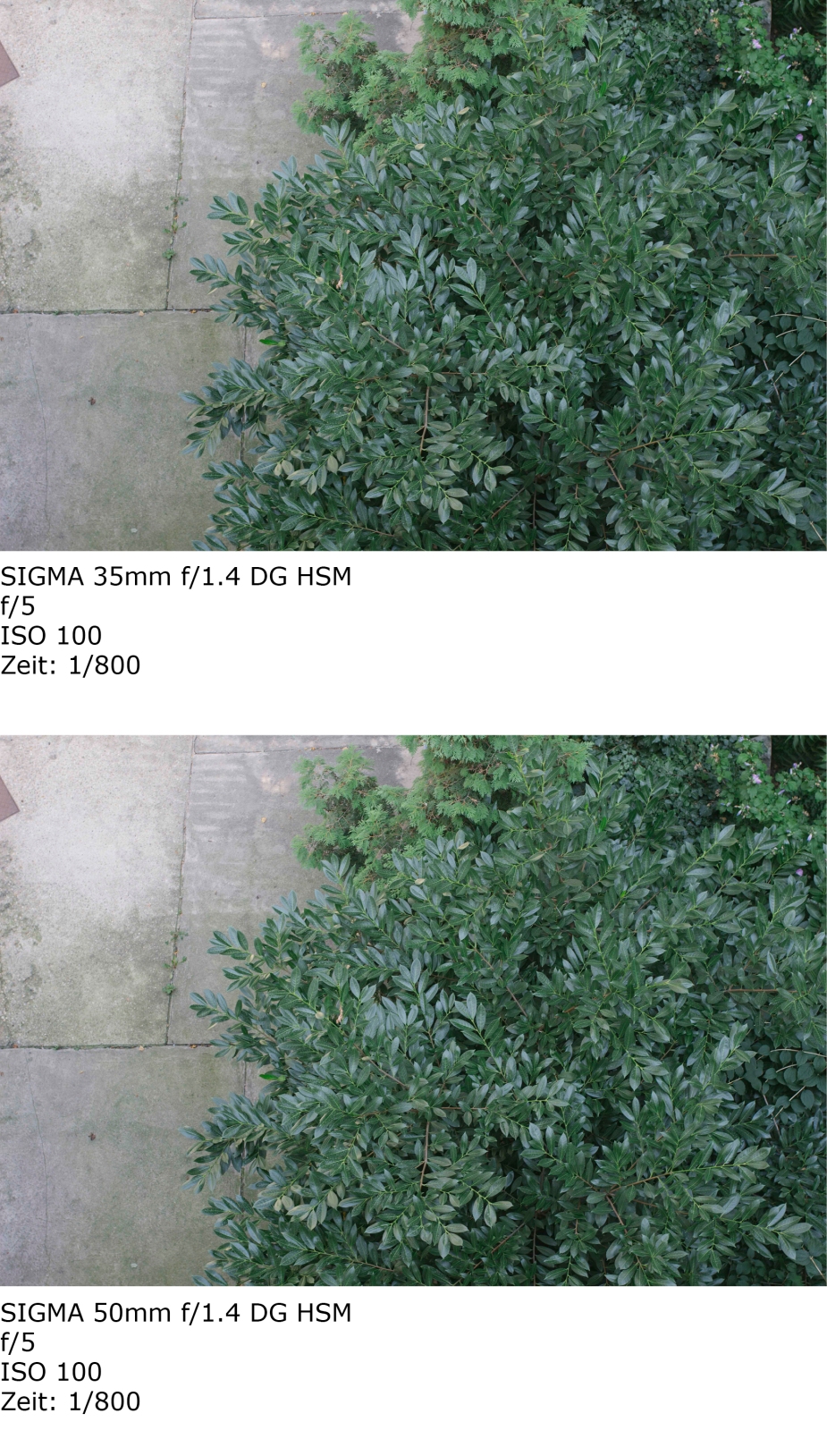 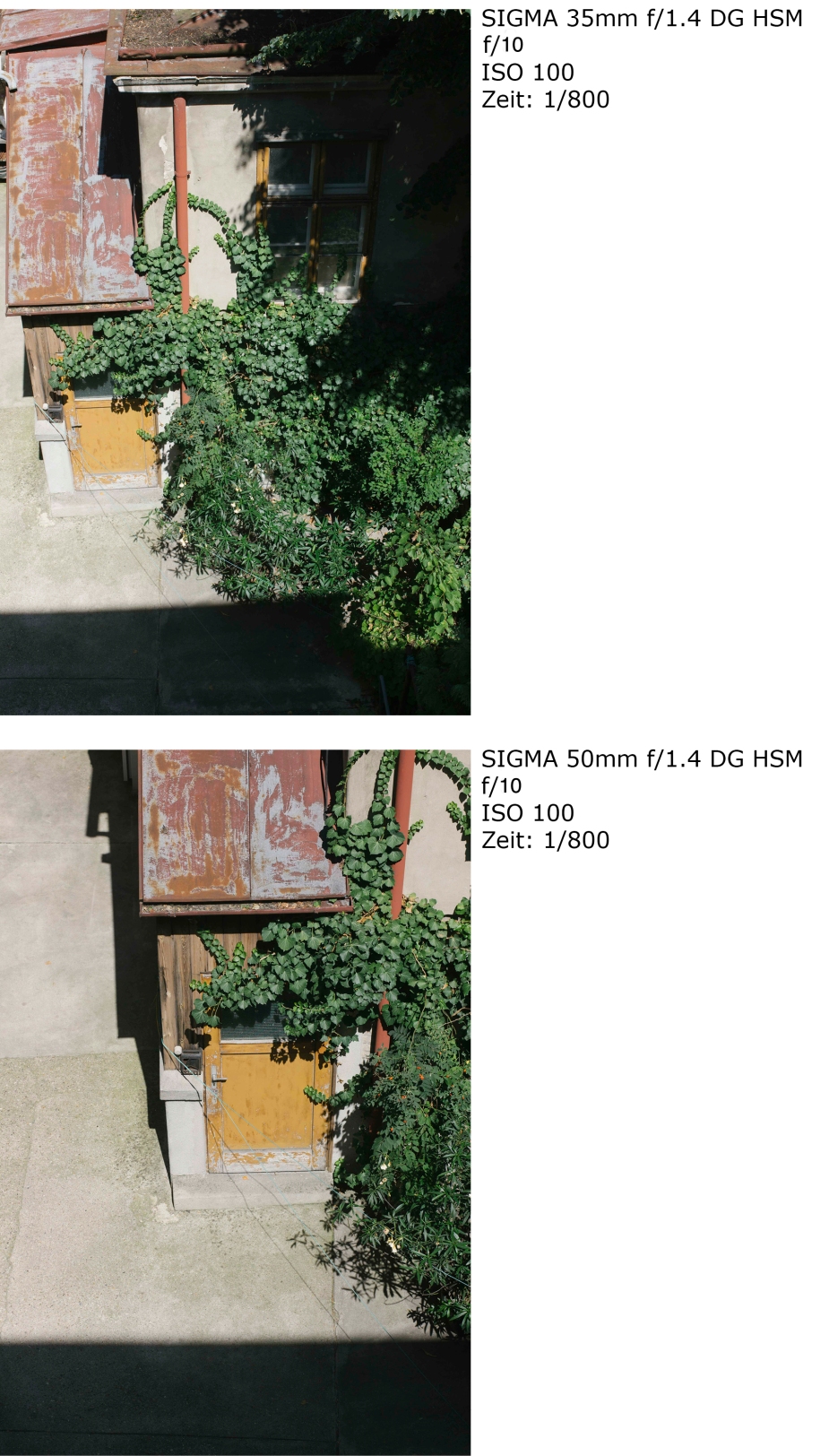 By the way, the smallest aperture of both lenses is 16. The optical design of both Art lenses is also quite similar as both lenses consist of about 13 integrated elements. While these elements are divided into eight groups with the 50mm lens, the 35mm lens has eleven different groups. Both lenses are equipped with an HSM motor powered by supersonic waves. This means that the automatic focus works fast, efficiently and almost noiselessly. These very good technologies work perfectly on both lenses.

You can find some more images of both lenses in the previous blog entries on fotogenerell. We’ve tested them in different environments, with different subjects, at daytime and at night, in the rain and in the sun, in winter and in summer, again and again and we’ve never regretted taking them along.

All the best and so long!