The pictures traveled around the world. At present Hawaii has been struck by one of the strongest volcano eruptions for decades. Although Hawaiians have always lived with their volcanoes and been aware of the risks and although most inhabitants have already experienced several eruptions, the situation now is quite different.

The Kilauea (translation “the spewing one”), one of the most active volcanoes in the world, is located on Hawaii’s Big Island. Since beginning of May it has been spewing lava from its crate and, which makes the situation even riskier, from tectonic cracks breaking up out of nothing and widely emerging in large surrounding areas of the volcano. Moreover, the current eruption is an explosive one untypical of the Kilauea. This makes the Kilauea’s present activities become unpredictable and seriously dangerous for the inhabitants on the island. Entire parts of the island have already been evacuated, many residential areas have been buried under lava streams and are likely to remain uninhabitable for quite some time. More than 2,800 people have lost their homes or had to leave their houses with feelings of uncertainty whether they’d ever enter them again. Despite this dramatic situation on Hawaii the disaster has been attracting large numbers of tourists. These are mainly hobby photographers venturing as close as possible to the lava streams with their camera equipment to travel back home with some spectacular photos in the end. 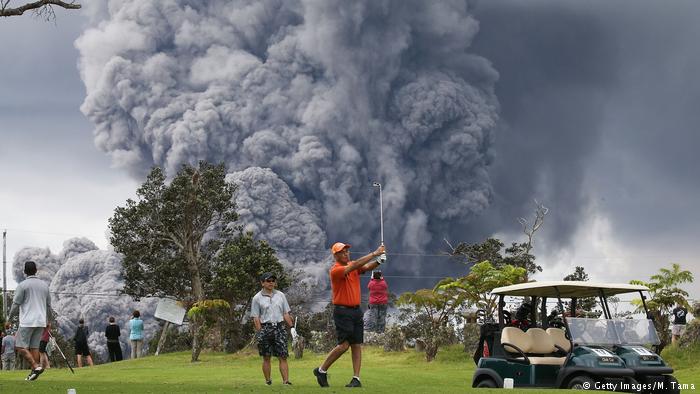 I’ve got to admit that the photos I’ve seen so far are really stunning and clear. I’m also fascinated by the lava streams moving unstoppably across the island and burying landscapes, streets, residential blocks and industrial areas, which had been built by human-beings over some decades, within shortest time. Besides my fascination, however, I have great respect for this natural force and I wonder why so many people totally lack this sort of respect. 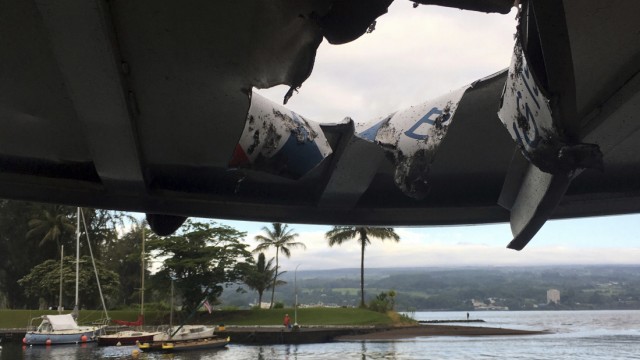 Only today I heard about a boat full of volcano tourists getting struck during a volcanic eruption by lava and magma pieces flying around. Although some of them got injured, fortunately nobody died. Everyone considering risking their lives for a photo ought to remember the fact that the tourists probably just got away with their own lives.